Shopping Cart
Your Cart is Empty
Quantity:
Subtotal
Taxes
Shipping
Total
There was an error with PayPalClick here to try again

Thank you for your business!You should be receiving an order confirmation from Paypal shortly.Exit Shopping Cart

Six bikes gathered at Maccas at Beaudesert around 10am and the usual light-hearted banter was engaging. It was great to see Ray and Nigel who took the time to come and see us off but a pity they couldn’t make the trip.

The new President quickly made his mark by encouraging the group to stop at Rathdowney for a cleanser… not that we needed any encouragement.

Not long until we took off to tackle Mt Linsday, which is never boring and rather than stop at the Kyogle turn off we had decided before we left that another cleanser at the Woodenbong hotel couldn’t do us any harm. If it put us behind time we would just have to twist the throttle harder to catch up. 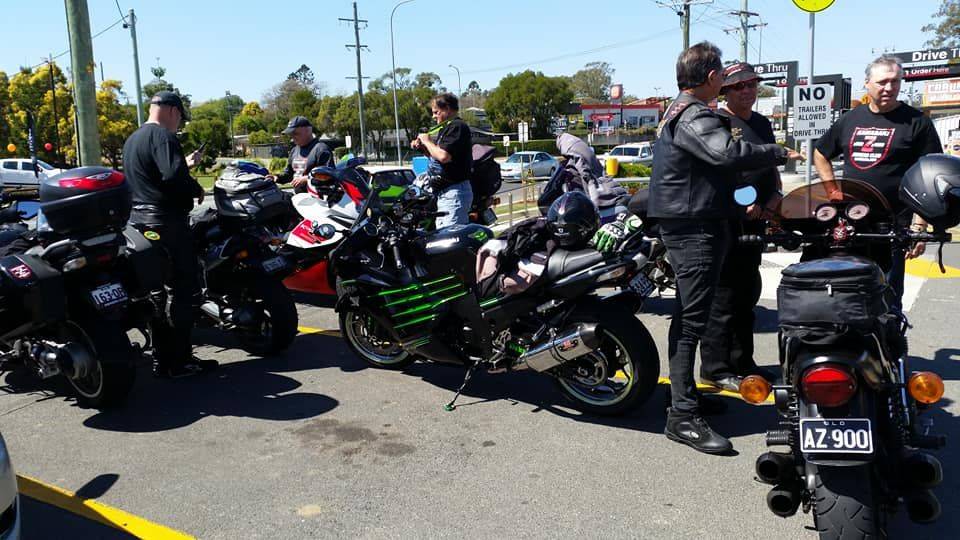 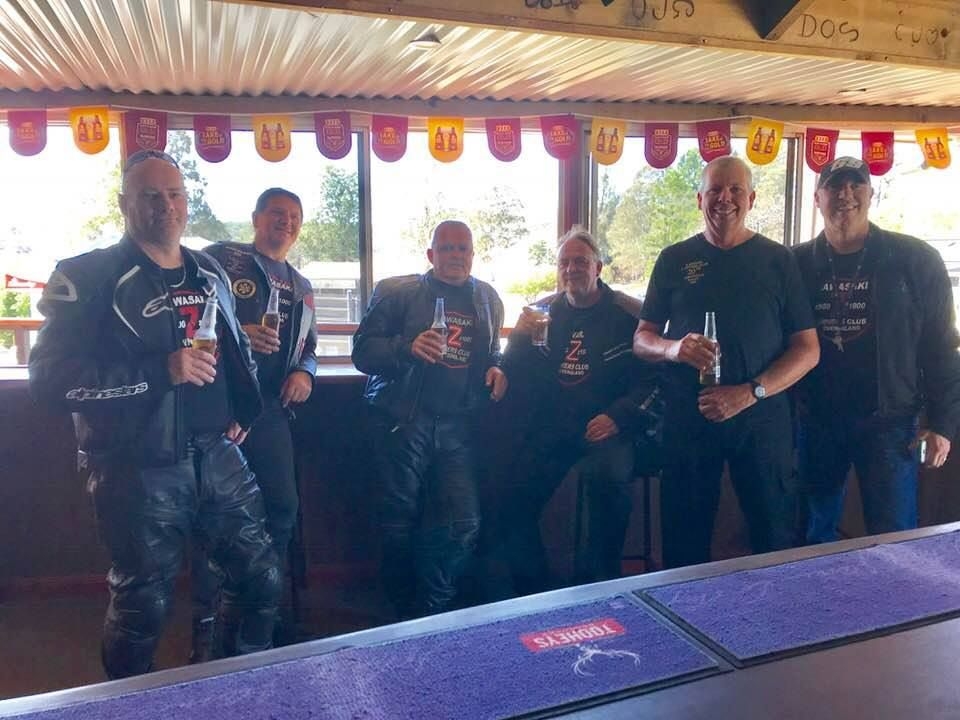 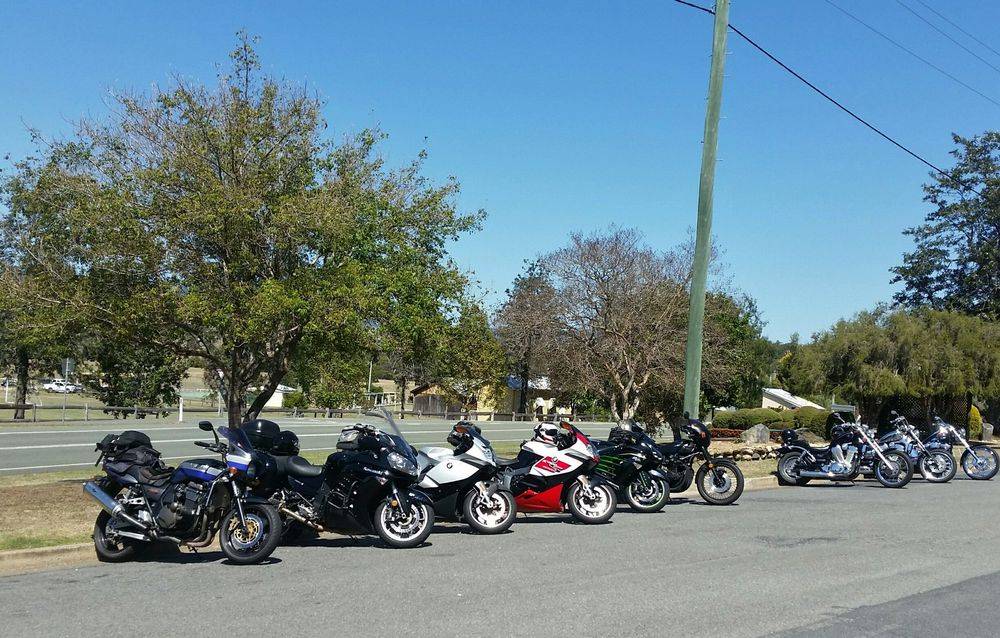 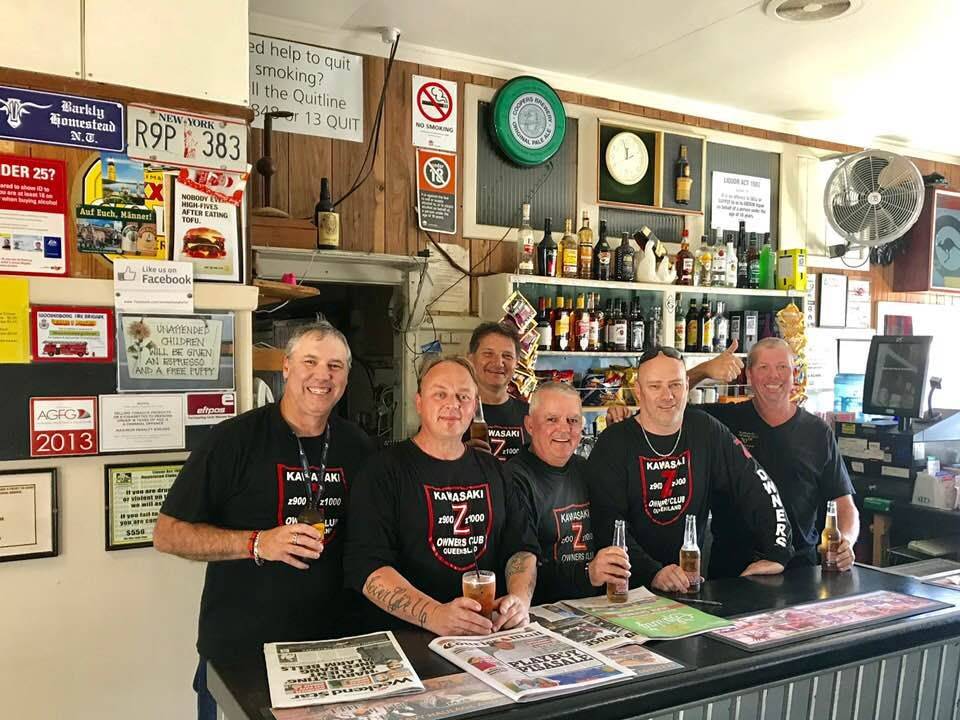 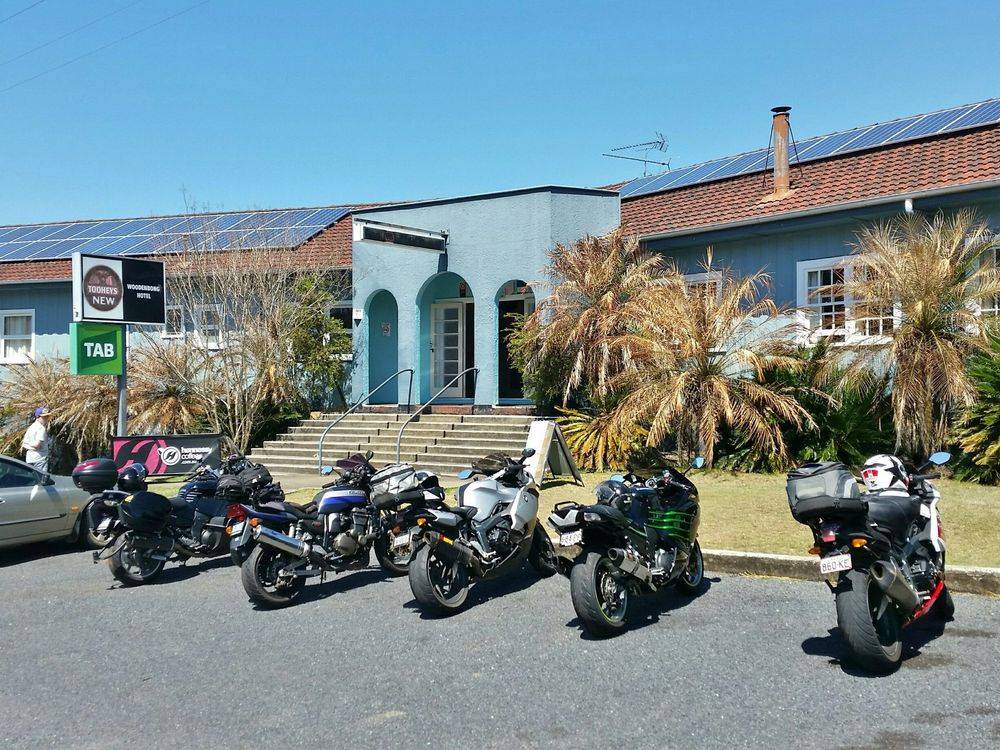 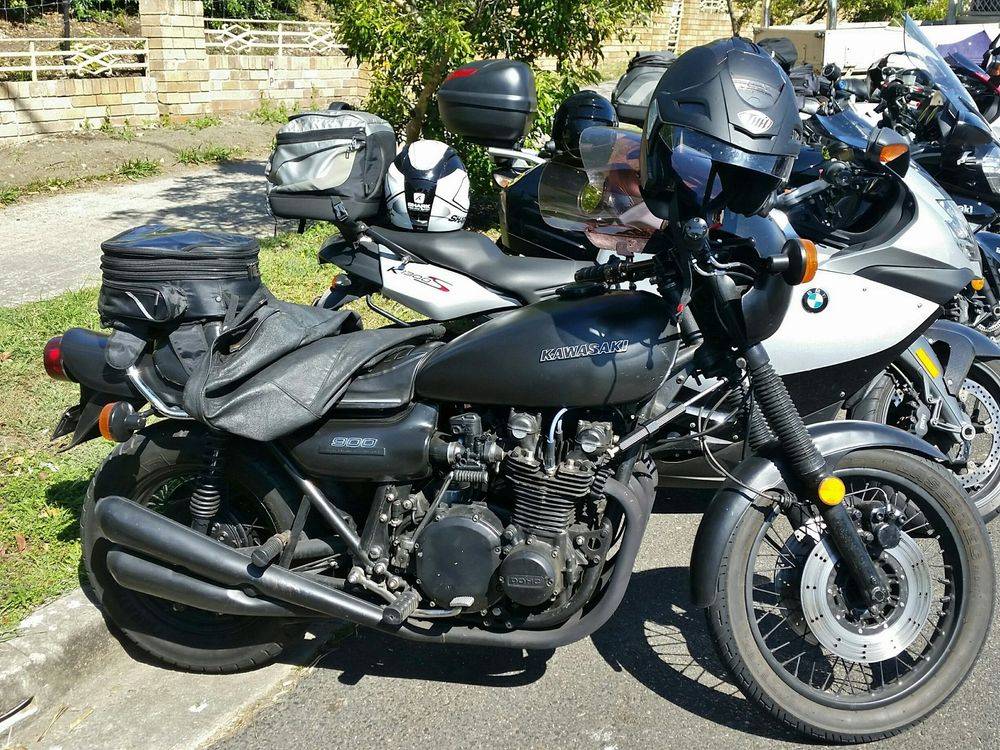 Six bikes were just the right number, and even more enjoyable because we all had the same riding styles. Nothing sums up the ride better than the following Facebook repartee….

Klaus - Geez...I don't know. ..this President of ours is surely breaking all the rules...

1. Tempting innocent members to stop at all the pubs along the way

3. Inappropriately running out of fuel

4. But we wouldn't like it any other way we love you Mr. PRESIDENT

Conrad – Klaus, boy have you got a lot to learn about how a real president should conduct himself. Outstanding work John Speldewinde outstanding my good man.

John - There is no proof of excessive speed, it’s all just allegations. I took said members bikes from them so as to slow them down also it allowed them to experience a real bike for a change. Hydration is extremely important on hot days, I only took you to those establishments out of concern for everyone. I’m only here to look out for the members best interests

John - I also didn’t run out of fuel, the fuel just needed some help to get over the hump to the tap. A little lay over on the grass and we were on our way. That’s how we do it old school none of this distance to empty hi tec computer stuff.

John – Conrad, thank you for your kind words. Just trying to keep it real

Klaus - lol...funny that...no excessive speed. ..but our dear President was disappearing over the horizon with a flick of the throttle

John - I was scouting ahead to check for hazards

Piss funny stuff; I don’t need to write a report, it writes itself!

We arrived at the Crown Hotel, which is the perfect venue for a party, and caught up with Watto and Anne, Jackie and Neville, and Dougie and Kim, who all would have preferred to ride if it were not for issues outside of their control. Lea was also there to keep us all organised. The Ski club were in town so we ordered dinner early to beat the rush but they were in bed early because they need a ZERO alcohol reading the next day so they can compete. 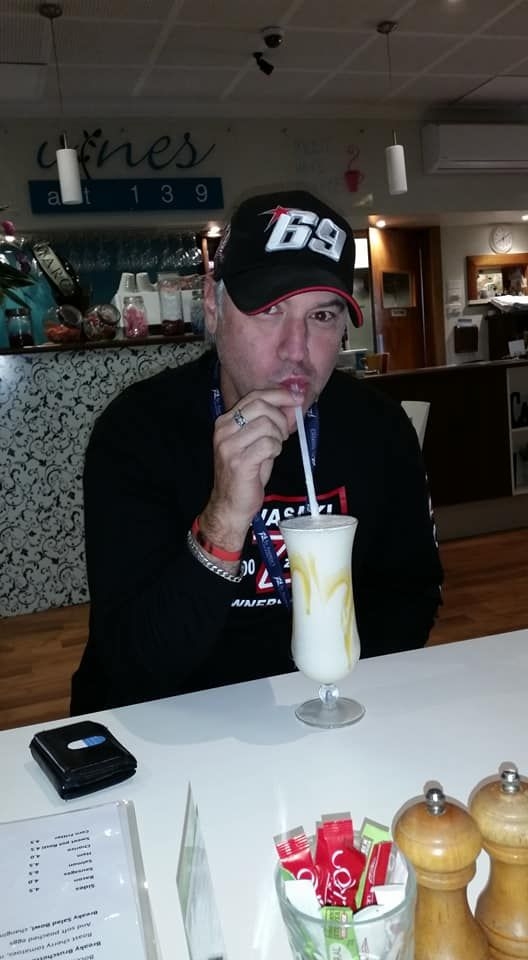 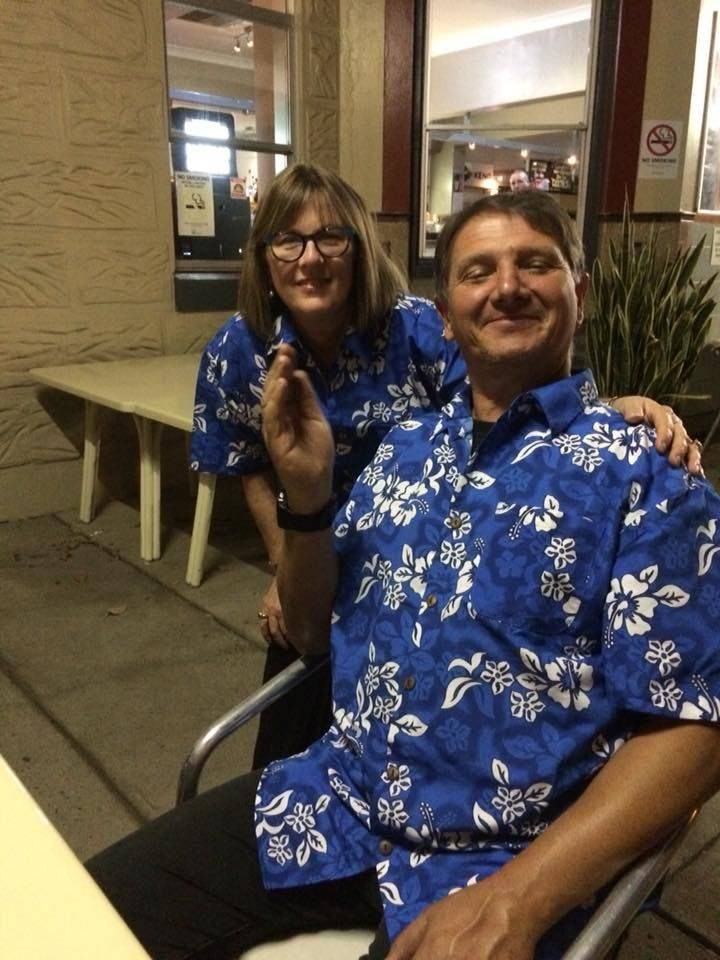 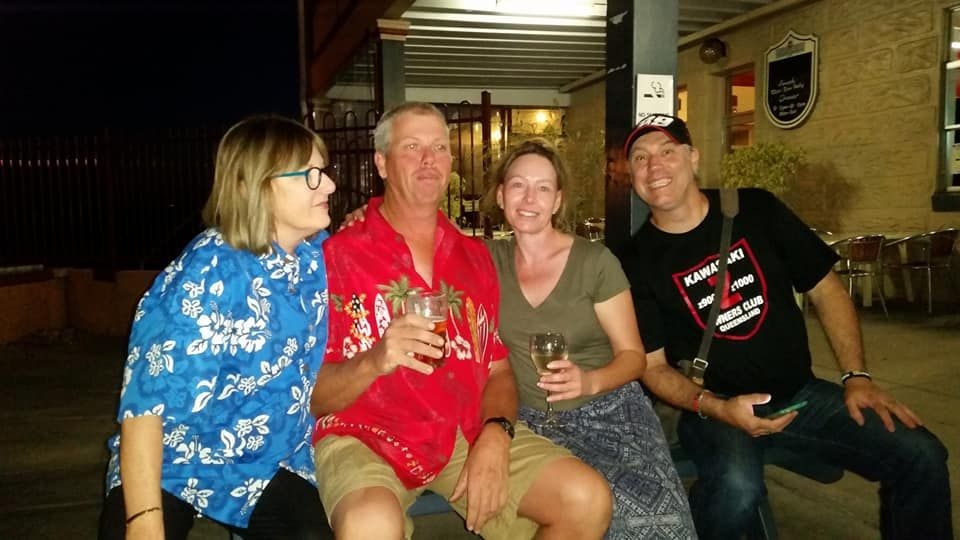 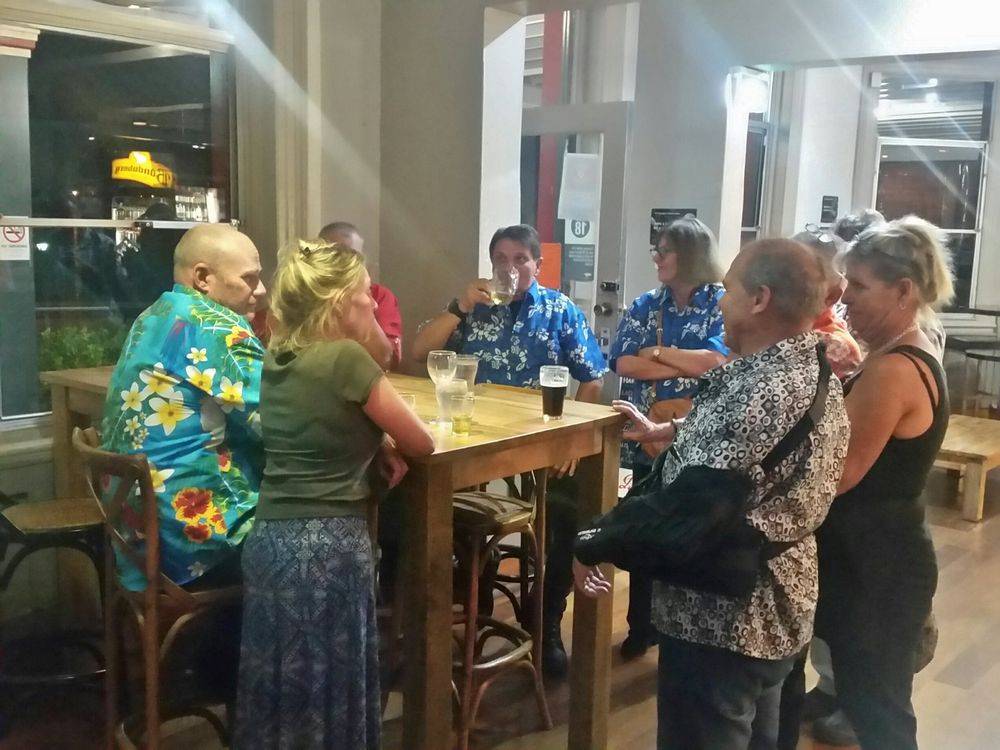 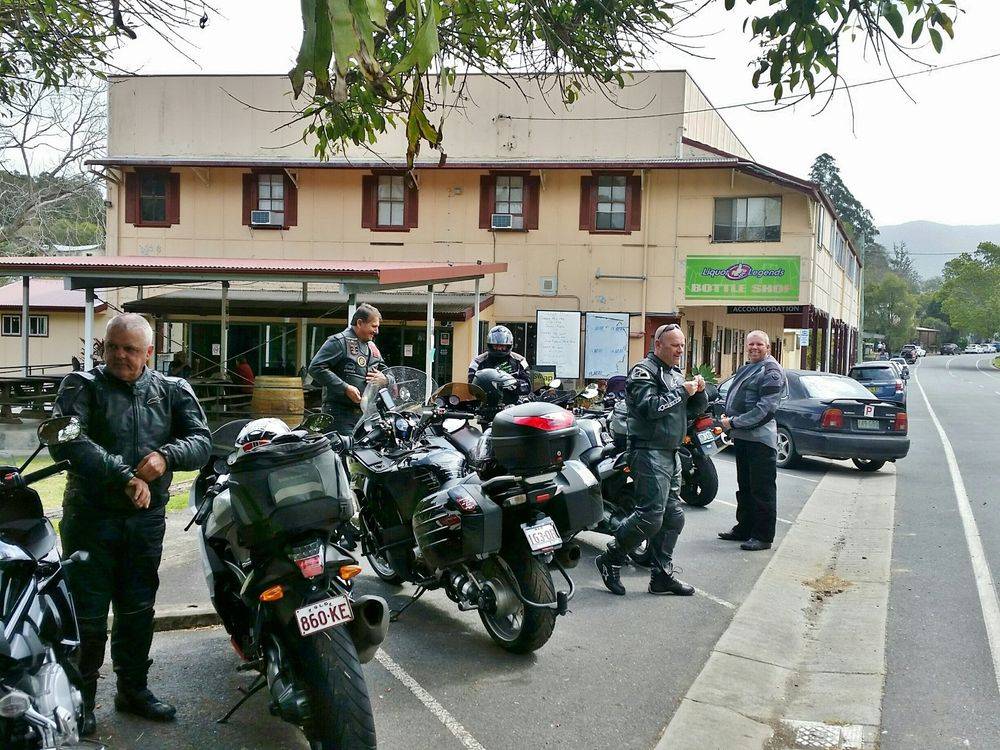 Con looked after us on the way home and found a fabulous back road that cut out half of the mundane Summerland Way. It was then over to Tyalgum, via Uki, for a farewell drink before we said our goodbyes.

If you don’t go next year, you’ll be missing out. I’ll certainly be there!